Skip to content
By Guest Blogger Patricia Wild
I met Patricia Wild on the heels of my book launch. Two things struck me. Firstly, she's written a book (Way Opens: A Spiritual Journey) that, like mine, chronicles a journey in and around whiteness and "the spiritual underpinnings of social justice." How did I miss it when I went looking for books on whiteness in 2009? It came out in 2008! Secondly, her current form of activism surprised me in its use of quiet power, the power of witnessing – an underrated tool human beings have to support and hold one another accountable. Thank you Patricia for the following guest blog. 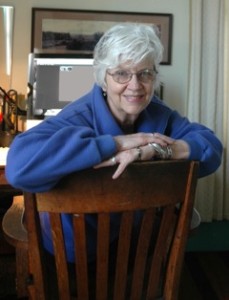 Woody Allen, whose reputation is under close scrutiny these days, got one thing right, at least: 80% of success really is about showing up. At least in courtrooms. Especially if you’re white— and we’re defining success as making a positive impact on our broken-down criminal justice system.

Let me explain: Years ago I’d read somewhere about a group of white women who’d simply appeared in their community’s courthouse whenever racial-profiling cases were scheduled and sat, quiet yet attentive, in the courtroom’s first row. What a great idea, I thought—then promptly forgot all about it.

But eight years ago, reading about the upcoming trial at Cambridge (MA) Courthouse involving a group of African-American high school students and the Medford, MA police, I recalled those quiet, attentive women. Since I’d cleared my calendar because my first grandchild was due to be born, I had time, I realized. I could do this. I could show up.

So I did. Every day for a week, wearing whatever approximated professional in my closet, I went through the courthouse’s security, took the elevator, and sat in a first-row seat that allowed me to watch the jury. Although I am usually an I’m Just Going To Let This Experience Wash Over Me; I’ll Make Meaning of It Later kind of gal, I decided to publicly embrace my "White Supremacy Culture" so took copious notes. By the third day, a defense attorney told me: "You being here makes a difference."

Encouraged by that lawyer’s assessment—although the ramifications of his statement break my heart—I have continued this quiet, attentive witness. For the past seven years, because I spend every Wednesday night at a Sharing Circle  with “ex-offenders and those who care about them,” the men and women I have been showing up to support are people I know and love. (Other members of the Sharing Circle show up, too.)

But it wasn’t until two years ago that I truly understood what I was actually doing: Since that summer my grandson had been born, I’d been showing up in support of defendants in cases of probable racial-profiling. (One particularly egregious case involved NWB; “napping while black,” for example.) To be honest? Sitting in those courtrooms, quiet and attentive, I was more than a little self-righteous. More than a little convinced I was on the side of the angels. More than a little dismissive, shall we say, of the police and district attorneys; i.e. The Bad Guys. More than a little bit hoping that my mere presence would mean that The Good Guys would win.

But in the summer of 2012, I arrived at Suffolk Courthouse to support a dear friend at the trial of two men accused of murdering his son. Were the accused, two pudgy, no-affect young men of color in well-ironed oxford shirts, the Bad Guys? Were the team of detectives assigned to this case and the Suffolk County District Attorney’s office the Good Guys, now?

Struggling with this paradigm-shift, I realized something. My presence in those courtrooms had never been about Good Guys and Bad Guys; that kind of binary thinking had been a product of the up/down, Guilty/Not Guilty environment surrounding me. No, my showing-up witness has been a kind of embodied prayer: let justice prevail. Let truth shine forth. Let the better nature of our angels come through. Above all, let the Right Thing, whatever it is, happen.

2 thoughts on “Showing Up”