What could racism possibly have to do with ballet, football, or a trip to Yosemite? This one short essay from the archives of Barbara Beckwith helps us see how the racial divide persists in the most unexpected of ways. For ongoing learning, Barbara has a great website and two fabulous essay collections, What Was I Thinking? (Volumes 1 and 2). She's also the person behind the most comprehensive racial justice book list I've found anywhere. Enjoy, and thank you guest blogger Barbara Beckwith! 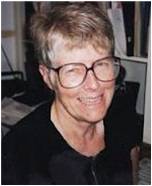 When I first encountered the view that "institutional racism," not personal animosity, is what keeps racial inequality alive, I felt relieved. If the problem of injustice lies not in attitudes of white people like myself, but rather in institutions that I had no personal role in creating, then I'm off the hook. Right?

Well, I suspected that it may not be that simple. I decided to take a closer look but right off, I hit a roadblock. I had no idea which institutions might be perpetuating inequity. This bothered me: I felt like a down-to-earth eighteenth century farmer who hears about electricity, and asks: "Where is it?" Or the low-tech person today who wonders: "Where is this Internet?"

In at least in one area, I had some clues. In the process of co-writing a book, Standing Up to the SAT, I’d had experience dissecting class, gender, race, and disability bias. I’d peered deeply into the institution of standardized testing, and uncovered a web of structural problems. My co-authors and I had exposed factors such as the differential access to test prep classes, the plethora of test questions that assume knowledge of ballet, golf, polo, sailing, symphony orchestras, property taxes or the stock market, all favoring upper middle class test-takers, and the use of cut-off scores to cull candidate pools, when class rank, and high school grades are better predictors of success in college than any standardized test.

And, because I’m old enough to remember the women’s liberation movement, I can easily spot the array of laws, formal and informal policies, and attitudes that have maintained male institutional dominance.

So I determined to undertake my own study of institutional racism. I began to scrutinize my daily newspapers for any article that dealt with the "lack of diversity" in an institution. Some articles I kept for years. I re-read articles that I’d kept for years, looking for explanations of what had caused that lack of diversity. And sure enough, patterns began to emerge.

Take ballet: A 2007 New York Times article reported that there had never been a Black female principle dancer in New York City's most prominent ballet companies. Part of the problem, the reporter pointed out, was access: most New York City Ballet dancers get their start in summer programs largely attended by white suburban teens. When the School of American Ballet started to hold free community auditions in Chinatown, Brooklyn, Queens, Bronx and Harlem, minority enrollment nearly doubled.

The Times noted another factor at work: social norms. The aesthetic of a visually uniform corps de ballet prescribes a narrow range of body types and skin color. What’s more, beneath both location and cultural attitudes, lies money. Ballet companies may be reluctant to actively recruit ballerinas of color because, as The Times reports, these companies fear losing the support of theirwhite and wealthy subscriber base.

Money turns out to matter in college football, as well. Another Times article I clipped and pondered, titled “Mystery of the Missing Minority Coaches” reported that although the vast majority of college football players are African American, few Black players are given the decision-making position of quarterback. When new coaching position comes up, athletic directors, who are generally white, rely largely on their “old boy network” to fill it. And the money factor again crops up. The article notes that colleges worry that their largely white alumni boosters might give less, or not at all, if their coaches are not also white.

But that Times article was written in 2002: might the coaching world have changed since then? No. Sports columnist Dexter Rogers reported in 2009 that only four of 119 head coaches in big-time Division 1A football were African American.

There’s also the self-perpetuating pattern of sticking to your own. Take the column titled “America’s Marketing Nightmare: The Foreign Runners Who Dominate the Boston Marathon,” written in 2008 when Kenyans and Ethiopians were consistently winning the premier race that Americans had always won, until the late 1980s. The main concern, according to sports columnist Ed Bagley, had to do with sponsors. Would the race get the same amount of financial backing if American-born (and white-skinned, although Bagley doesn’t mention race) Bill Rogers no longer won first place? The Marathon survived, and now celebrates its international winners, but to do so, I suspect that it had to actively counter a certain amount of xenophobia.

Such stick-with-your own attitudes seem to be at work in many institutions. Take fire departments. The Boston Globe reported in a 2010 article that African Americans and Latinos now represent a third of the city's firefighters, up from almost none in the 1970s, when minority application forms were regularly "misfiled" or thrown out, leading to court ordered affirmative action. But the article raised a lingering problem: the busiest fire stations – those most likely to lead to promotions – are staffed largely by white firefighters. Why?

The article reports that a long-standing policy gave new firefighters their choice of assignments if they had relatives in the department. Since the department had historically been white dominated, a large percentage of those eligible to choose where they worked, were white. The article acknowledges that both minority and white firefighters seemed to prefer to work with colleagues of similar complexions. Racial mistrust underlies that preference, since the job is one that depends on trusting your fellow firefighters to back you up when facing hazardous or otherwise dangerous situations.

Safety matters to U.S. national park visitors, as well. A San Francisco Chronicle article reported that in 2009, African Americans were 12 percent of the population but less than one percent of visitors to Yosemite National Park. I wanted to know why Black Americans rarely visit this wilderness gem that I have explored more than once on foot. African American park ranger Shelton Johnson proposes one possible reason: Black Americans may avoid wilderness areas because of "the memory of horrible things done to us in rural America's remote wooded areas." Whites may have conveniently forgotten America's history of backwoods lynchings that persisted into the Civil Rights era and beyond. But African Americans are unlikely to forget that as recently as 1998, a Black man named James Byrd was chained to a truck and dragged to his death on a Texas country road.

Official park history matters, too. "Whose history is represented in park exhibits?" asks Johnson, and "how does it connect with or represent the heritage of Americans of color?” It took him, the park's only Black ranger, to uncover a significant piece of the park's history. The Buffalo Soldiers were assigned by the U.S. Army to patrol Yosemite back in 1899. This African American cavalry served, in effect, as the park's first rangers. Whether parks look for and display histories relevant to people of color is often at the "discretion" of those in charge of each site. That discretion may result in freshly researched, diverse exhibits – or not.

The same insidious discretion factor crops up in the institution of car loans, as well. A 2006 article in the Times reports that African Americans are more than twice as likely as whites to be charged mark-ups on such car loans. Dealers are evidently allowed "the flexibility to apply subjective markups," which in effect raise interest rates on loans that as dealers, they get to keep 75 percent of, for themselves. Studies show that Black customers pay the most: even those with solid incomes are asked to pay higher rates than white customers.

This "leeway factor" shows up in housing, too: Boston's Bay State Banner reported in 2005 that despite fair housing laws, Blacks and Latinos continue to be treated differently than whites. Housing testers still find differential access to amenities information, price breaks, ease in arranging property-viewing appointments, and the frequency with which house-seekers get follow-up calls. People of color may not be shown all listings yet may not be aware that they've been given less than full service.

After becoming aware of such largely invisible but nevertheless damaging factors, I no longer feel comforted by the view that institutional racism is neither my fault nor my responsibility to fix. At least in institutions I'm part of – my family, neighborhood, work, union, and community, I can challenge unjust policies, social norms, and stick-to-our-own habits  – including those I see in myself.