“What a provocative read. There’s so much in [this book] … about what it means to be in the white race.” Robin Young, Here &  Now

Five Year’s Later: Waking Up White, And Finding Myself in the Story of Race The Award-Winning Book That Is Waking Up White Americans Continues to Expose Hidden Truths About Racism, Helps Explain Today’s Social Divisions 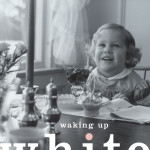 "...a remarkable and, at times, emotionally searing look at one white woman's struggle to understand racism. It is part memoir and part guide to changing how we think about race...one of the most important books on race in recent memory."Readers + Writers Journal

When Waking Up White, And Finding Myself in the Story of Race launched in January 2014, author Debby Irving provided a “Racism 101” for white people and a rare exposé on whiteness for people of color. It was the book she wished someone had handed her decades ago. “Like most white Americans, I completely misunderstood what racism was and how it had always been operating in my life and in my white community.” Irving designed the book to read like a memoir yet include educational conversation prompts at the end of each chapter. And, as she hoped and anticipated, educators and book groups adopted Waking Up White to take on this challenging issue. She planned to devote two years to marketing her story to book groups and educators before heading back to work as a classroom teacher.

What Irving did not anticipate was the national eruption of racial and gender tensions that would make daily headlines, driving white communities to her story. With escalating demand for the book, keynote speeches, and related workshops, Irving instead chose to continue her work educating communities including faith groups, well known businesses, country clubs, community action groups, and schools -public and private, K-16 - from coast to coast. In the five years since publication, Irving has seen interest in understanding racism skyrocket in predominantly white communities, often at the urging of community members of color who use Irving’s book as an entrée to how racism operates. “We are in an immensely teachable moment in which many white people are understanding for the first time just how misled they’ve been about America’s purported level playing field,” explains Irving.

In Waking Up White, Irving uses her own life to explore the everyday systemic racism that goes largely unnoticed yet perpetuates long-held racialized belief systems. By sharing her sometimes cringe-worthy struggle to understand racism and racial tensions, she offers a fresh perspective on bias, stereotypes, manners, and tolerance. As she unpacks her own long-held beliefs about colorblindness, being a good person, and wanting to help people of color, she reveals how each of these well-intentioned mindsets perpetuated her ill-conceived ideas about race. In both the book and in workshops, Irving explains why and how she herself has changed the way she talks about racism, works in racially mixed groups, and understands the racial justice movement.

Irving’s story provides a context that allows white people to quickly grasp modern racism’s inner workings and enter conversations with new awareness and skill. “When I finally came to understand the way racism worked,” she explains, “I spent a lot of time thinking about what might have enlightened me sooner. I decided it wouldn’t have been an academic textbook, or a book from a person of color – rather, it would have been another white person describing their own awakening, with some humor, poignancy, and drama in the mix.” Waking Up White turns out to be an irresistible memoir that also happens to be a powerful tool that wakes up the reader.

“With eloquence and a sense of urgency, Irving takes us on a journey into the heart of what is arguably the American issue…. Waking Up White is a provocative, persuasive call to action.  Readers may squirm at some of its arguments, but they will find themselves thinking hard about them.  And they will take them to heart.”  Kenyon College Alumni Bulletin

“Debby Irving’s powerful Waking Up White opens a rare window on how white Americans are socialized. Irving's focus on the mechanics of racism operating in just one life -- her own -- may lead white readers to reconsider the roots of their own perspectives -- and their role in dismantling old myths. Readers of color will no doubt find the view through Irving's window fascinating and telling.” -- Van Jones, author, Rebuild the Dream, The Green Collar Economy: How One Solution Can Fix Our Two Biggest Problems; President, Rebuild the Dream; Co-host, CNN Crossfire

"I read Waking Up White in one sitting. To say I loved it is an understatement. It's such a raw, honest portrait …. Irving's experience on display - warts and all - will help white people, who haven't noticed the role systemic privilege has played in their lives, start to see the world in a new way." -- Jodi Picoult, author, The Storyteller, My Sister’s Keeper

"Irving’s book is an immensely brave and important cultural memoir. It is, as she writes, “my story of racial ignorance.” It tells of her life-long journey from childhood ignorance and confusion, to a patronizing desire to “help fix” things, to a deep, personal exploration of her role and the dominant (read: white) culture’s role in sustaining and perpetuating systematic racism. Her journey has brought her to earnest, insightful engagement – and to the writing of her book." Portland Press Herald

"Waking up White is a brutally honest, unflinching exploration of race and personal identity, told with heart by a truly gifted storyteller. Much as Irving's family sought to shield her from the contours of the nation's racial drama, so too do far too many white Americans continue to do the same. For their sakes, and ours, let's hope Irving's words spark even more truth-telling. They certainly have the power to do so." -- Tim Wise, author, White Like Me: Reflections on Race from a Privileged Son

“Deborah Irving bravely describes her jolting and continuing journey from white oblivion to white awareness in an honest way that may inspire others to do such transformational work on themselves. She has courage in tracing many cultural and class assumptions that kept her for decades in a fog of racial denial and white dominance. This empathetic book can help white readers to dissipate the imprisoning white ignorance that we did not ask for but that has damaged our world and ourselves.” -- Peggy McIntosh, Ph.D., Associate Director, Wellesley Centers for Women; Founder and Senior Associate, National SEED Project on Inclusive Curriculum

"Deborah Irving’s Waking Up White is a courageous, insightful, and critical contribution to awareness of race in the United States. A virtual one-woman Truth and Reconciliation Commission, Deborah’s journey from an ‘ah-ha’ instant to consciousness is a journey for all Americans." -- Thomas Shapiro, author, The Hidden Cost of Being African American; Director, Institute on Assets and Social Policy

“Irving's personal and moving tale takes us on an adventure to a world utterly new to her as she wakes up to the reality of how, without her knowledge or active pursuit, she lives in a society which is set up to reward her at the expense of people of color. I cannot imagine a more understandable and compelling invitation to learn about how racism lives on in our homes, communities, and nation.” -- Bishop Gene Robinson, Retired Episcopal Bishop of New Hampshire and Senior Fellow at the Center for American Progress, Washington, DC

“The book uses Irving's experience of being a white woman coming to terms with the complexity of racism in the United States and her own perceptions as a lens to explore the role white allies can play in racial justice work.” -- Kirkus Reviews, Interview Feature Article

2014 IndieFab Book of the Year

About The Author: Debby Irving is a racial justice educator and writer.  She lives in Cambridge, MA.  Read more at www.debbyirving.com

Title: WAKING UP WHITE, and Finding Myself in the Story of Race